After graduating from the Performing Arts School NZ in 1996, Kathleen moved to Melbourne to complete a Bachelor of Dance at the Victorian College of the Arts in 2000.

Kathleen currently performs with and choreographs for the Melbourne Dance Theatre. She has choreographed and performed independently for Fringe Festivals, and the Next Wave Festival ‘Beyond Skin’ in 2004.

She co-founded ‘Vital Organs Collective’ with Ben Leeks in 2008 & collaborated on ‘Frilly Knickers’ for their premiere season in Melbourne.

In 2009 Kathleen performed ‘One Day Maybe’ with Josh Mitchell at the Short & Sweet Festival.

She also co-choreographed ‘Vital Organs Collective’ Melbourne Fringe season, which was then taken to Adelaide Fringe (receiving rave reviews) in 2010.

Her teaching experience includes teaching for many different dance schools from age 3 – adults in all levels.

In 2011 Kathleen took on the role of co-principal of Dancentre Bayside alongside her business partner Stacey Knight. She teaches SFD Ballet & Jazz Syllabus, and open classes in contemporary.Kathleen has had the opportunity to work with Rochelle Carmicheal over a number of years. The latest work ‘The Faders’ 2012 performed at the Substation Newport.

She has also been involved in many of the Masters of Choreography performances at venues throughout Melbourne. Kathleen has been working with DanceBourne Arts for the last few years showcasing her work ‘Lunar Tide’ at the Clocktower in July 2016. Her choreographic work ‘Fire’ was performed in August 2017 & she will continue to work alongside this prestigious dance company in 2018. 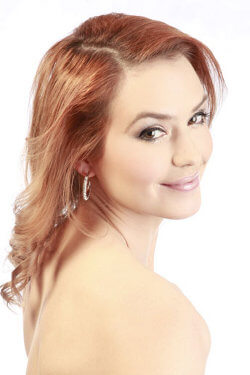