Taylor began her dance training in Perth under Amanda Rowe at age 4. When she was 7 she moved to Geraldton in regional WA where she trained under Felicity Walding. During this time, she was also accepted into the Graduate College of Dance at Perth Modern where she trained under Dawn Weller for 18 months. She then moved backed to Perth where she continued dancing under Amanda Rowe and Dawn Weller. At age 14 Taylor commenced training with Kinetica Circus School. Taylor is trained in ballet, modern, hip hop, contemporary, tap, lyrical, acrobatics, contortion, hand balancing and aerials.

Taylor has competed in multiple dance competitions throughout WA. She has always finished in the top 2 in all acrobatic performances in open sections.

Taylor performs regularly in corporate events throughout Perth. She has also performed in Los Angeles at Disneyland, Hollywood Boulevard and Universal Studios. She has also performed at Fringe Festival in Perth. In 2018 Taylor will be attending the National Institute of Circus Arts in Melbourne to further her training in circus. 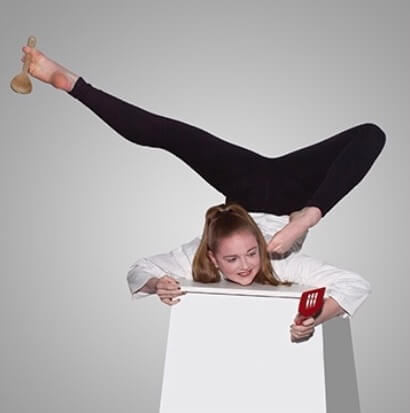